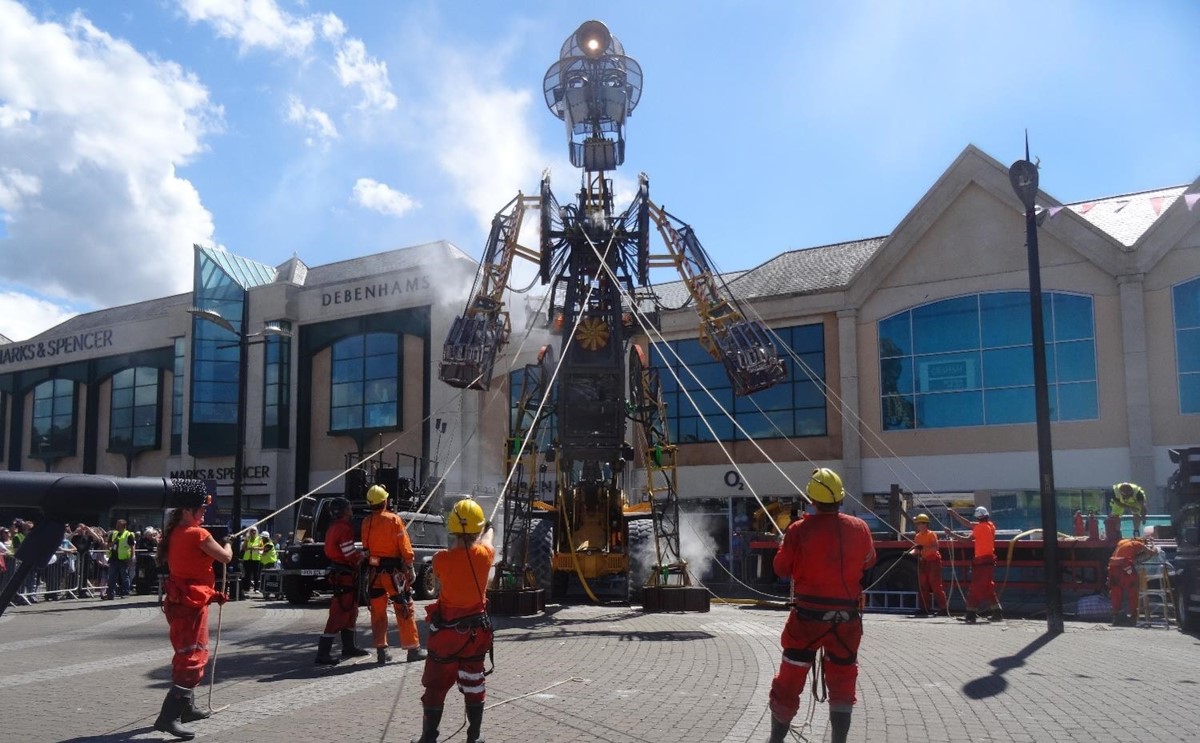 What is a man engine? A man engine was a contraption of moving ladders and stationary platforms designed to move miners up and down mine shafts in the 19th century.

That’s what a man engine was, but this is what it is now.

Standing at 11 metres tall, this steam powered Cornish Miner from Golden Tree Productions is the largest mechanical puppet ever built in Britain.

The Man Engine was built to be the flagship project celebrating the 10th ‘Tinth’ anniversary of the Cornwall and West Devon UNESCO Mining World Heritage Site. This region in the UK has a long history of mining, but during the 18th and early 19th century the tin and copper mining industry expanded rapidly and Cornwall became the world’s leading producer. All of this activity transformed the Cornish and West Devon landscape - with engine houses, foundries, railways, ports and harbours and new towns to house the workers. Skills from Cornwall were exported worldwide. It is this industrial heritage that is being preserved by the UNESCO World Heritage Site.

The Man Engine project aimed to increase awareness, appreciation, and understanding of Cornish mining heritage and culture, as well as facilitating public engagement and showing the new generation that Cornwall can be a world class driver of technical innovation.

In 2016 the Man Engine made a two week, 130 mile ‘pilgrimage’, around the Cornwall and West Devon Heritage Site, performing 21 events. Each ‘ceremony’ involved storytelling, theatre, singing and was personalised to each location.

We think that places that are proud of their mining heritage are more likely to welcome a return to mining and support mining-related businesses. The Man Engine is an excellent way to celebrate and educate people about their mining heritage. As such, we have submitted the Man Engine as a good practice example on the Interreg Europe website as part of the REMIX project.