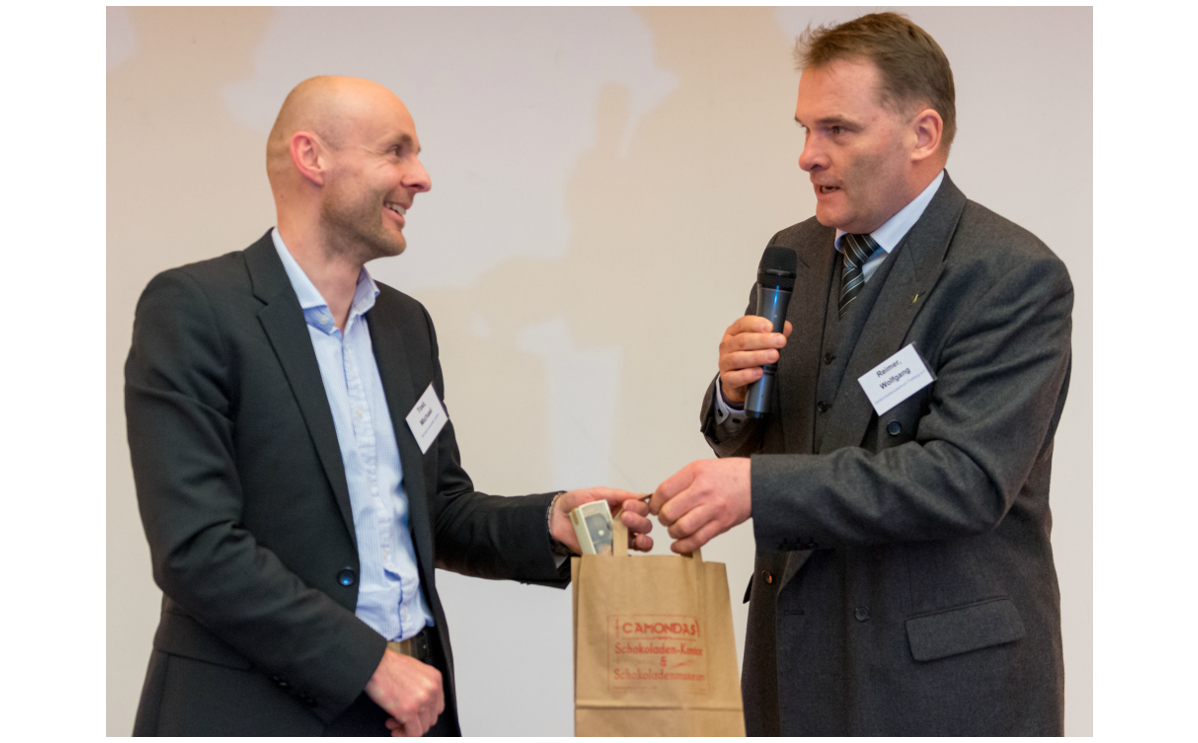 Sweet kisses’ from Brussels and Dresden, made by the best chocolatiers, were given to each speaker after their presentations. This selection of Belgian and Saxon pralines illustrates how European regions contribute to Europe´s wealth. However, it is not only the art of fine living that makes Saxony an outstanding region on our continent, but also the diversity in geological resources, entrepreneurship and peoples´ commitment to mining and metallurgy for the past 800 years.

MIREU partner GKZ Freiberg decided to mark the kick-off of the ambitious MIREU project with a conference, which was held on 1 March 2018 at Dresden’s top location: the beautifully restored Taschenbergpalais, located opposite the castle and Semper Opera. For the very first time, a conference brought together all major raw material and associated metallurgy sectors, one of the greatest benefits of connecting with other European regions. Trends ranging from fluorspar mining and fluorine acid production to the current development of Zinnwald´s lithium deposit by Deutsche Lithium AG, which has a strong focus on downstream business, were presented at the conference. The local tin smelter Feinhütte Halsbrücke, one of only four European tin smelters left, which has a strong backward integration to valorise nearby tin-indium-zinc deposit Tellerhäuser in the Saxon Erzgebirge, was equally introduced. This exhibition highlighted current activities that valorise domestic raw material resources, with the holistic approach of closing value chains.

This showcase, illustrating both the partners and aim of the project, inspired more than 130 attendees from all stakeholder groups to join this one-day conference, which was opened by Martin Dulig, the Saxon State Minister of Labor and Economy. In his keynote, he welcomed the project’s opportunities and underlined that the State Government is committed to the aims of MIREU.

However, there are bottlenecks to fully exploit Saxon skills and resources at European scale, such as attracting investments, raising raw material awareness and reducing bureaucracy. The latter is especially a challenge for smelters, which face severe pressure from environmental regulations. Other key questions, which were covered by the presentations, were “What makes investors go to Saxony” and “What makes investors leave Saxony”. A further topic of discussion throughout the conference, was the meaning of aggregate and industrial minerals mining as a contributor to the region’s GDP.

The collaboration between the MIREU partner regions has only just begun. This was underlined in a speech by Michael Tost, representative of the MIREU partner Montan Universität Leoben from Austria, who presented networking opportunities between Styria and Saxony. In fairness, an easy game as the two countries share a long history of collaboration, and as both countries’ people have a preference for something sweet…