MIREU visited by Irish Minister of State at PDAC 2020 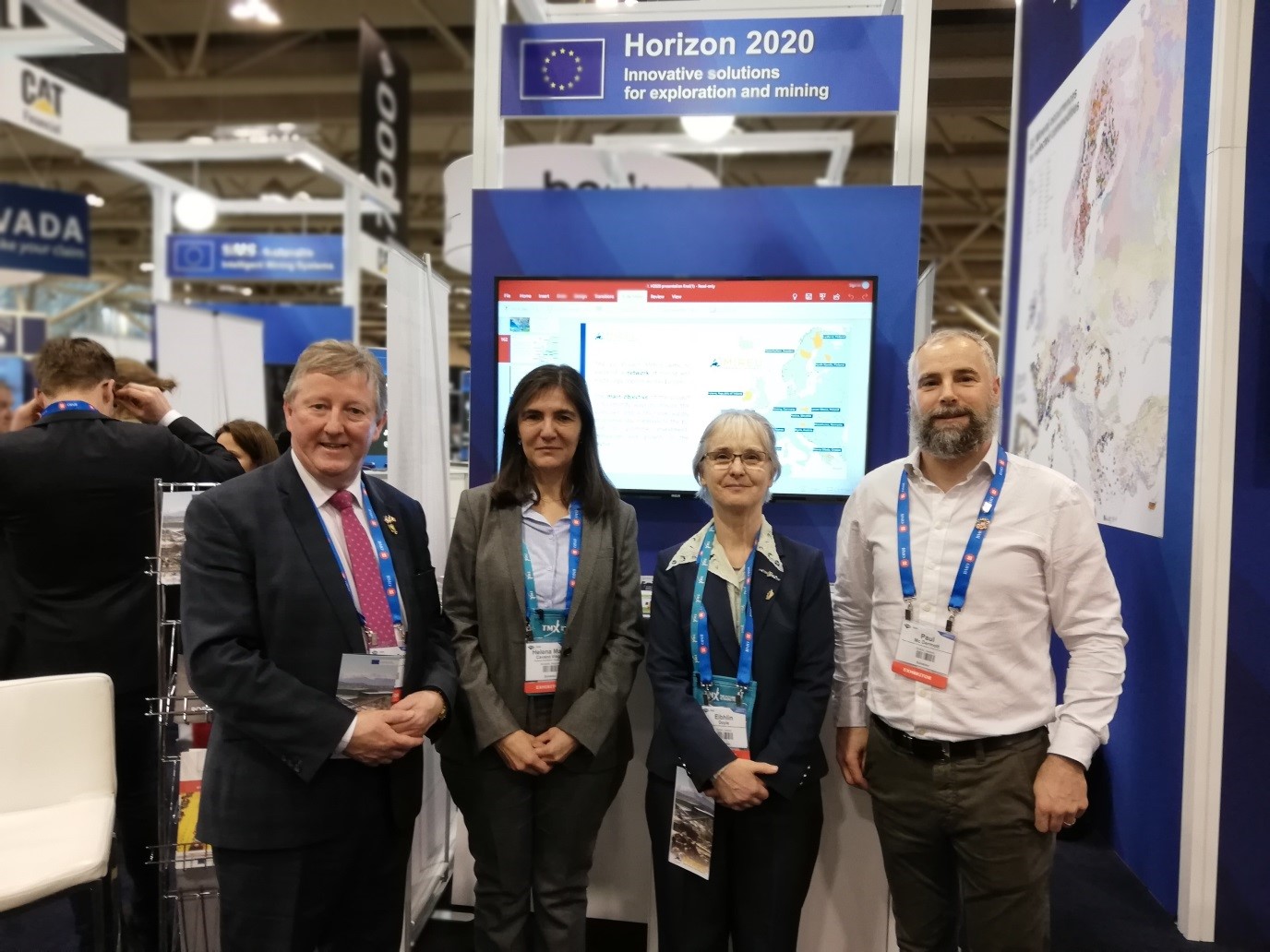 MIREU visited by Irish Minister of State at PDAC 2020

In early March at PDAC 2020 in Toronto the Irish Minister of State, with special responsibilities for Community Development, Natural Resources and Digital Development, Sean Canney called by the EU booth, situated very conveniently next to the Geoscience Ireland booth. The Minister met with Helena Viegas, the Policy Officer of Mining and Minerals with the EU Commission.

They discussed the work the EU and DG Grow are doing to promote mining and the supply of raw materials within the EU. Minister Canney also called to the Horizon 2020 area of the EU booth where he met Dr Eibhlín Doyle and Paul Mc Dermott, the Irish representatives of the MIREU project.  There he was informed about the work MIREU is doing and the planned Council of Mining and Metallurgy Regions in EU (CoMMER). This was of particular interest to Minister Canney as his portfolio includes rural development.

Other MIREU partners were present at PDAC 2020, such as GTK who had a booth to discuss water and mining environments. Some of MIREU project results so far were also presented at the EU booth.