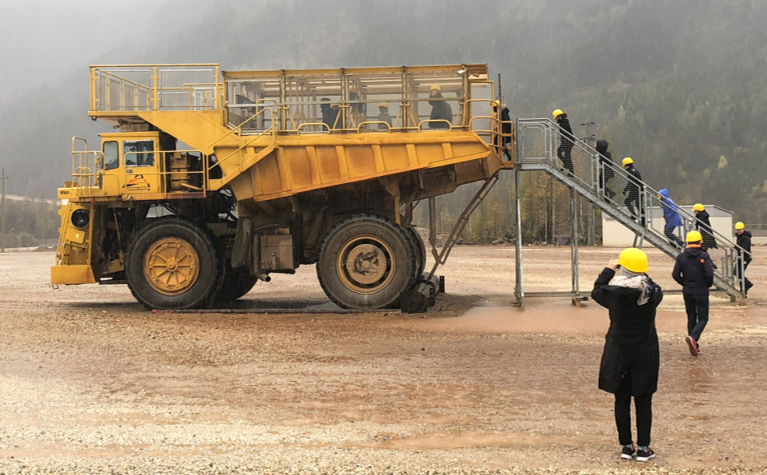 On 23-25 October 2018, the MIREU project organised a workshop focusing on 'SLO and Regional Development Perspectives' in Leoben, Austria, as the second in a series of three Social License to Operate workshops that explore the concept of SLO and the linkages between SLO and regional development. The objectives of the workshop were twofold; on the one hand, the aim was to exchange best practices and learn from other participating regions, while, on the other hand, insights into the SLO guidelines and toolbox as future parts of the MIREU project were gathered.

To start with, the question ‘When mining arrives in towns (Canada & Australia), does it stand-alone or considered in terms of the entire supply chain?' was addressed by experts Michael Hitch and Ian Thompson.

The first session, which featured a number of the MIREU partner regions, Castilla y Léon (Spain), Västerbotten (Sweden), and Saxony (Germany), touched upon lessons learned and challenges encountered. In Castilla y Léon, the importance of public awareness as well as the value of effective communication, especially between companies and local stakeholders, was particularly remarked upon. In Västerbotten, on the other hand, opposing land interests, most notably between miners and reindeer herders, were amongst the biggest issues encountered. Saxony also sees a conflict between two sides – the conflict between two industries: reopened mines and tourism that seek to preserve mining heritage.

The lunch lecture was delivered by Mark Jones of Risk Loop, a company which has invested in a technology tool for conducting ‘narrative analysis’ of social license to operate: i.e. data analytics from media sources. Michael Hitch has been working with Mark Jones to try and identify SLO narratives in different countries, including countries in Europe.

After lunch, the group went on a field trip to the Erzberg mine, followed by a presentation, where the topics of recovering the landscape as well as the aspect of cultural heritage were discussed. This was followed by additional presentation from other participating regions, including Styria (Austria), Andalusia (Spain), Cornwall (UK), Lower Silesia (Poland), the Region of Alentejo and the Municipality of Altjustrel (Portugal). These presentations addressed the topic of social acceptance in the respective regions as well as the continued role of the mining sector as an important source of employment. The historic relation of certain regions with the sector was equally touched upon.

The ensuing clustering session included the SLIM, FAME, REMOVAL, and INFACT projects under the common theme of communicating project results to society. This was followed by four parallel breakout sessions on topics related to specific regional questions, such as the misunderstandings that often arise in the communication between the parties involved in mining projects, as well as the most common environmental topics related to mining and their connection to SLO.